Since my last post on 22nd of September, progress on my novel has been painfully slow. I’m a bit stuck again. My character is at a turning point and I thought I knew what would happen next, but there’s a nagging voice telling me, ‘she wouldn’t do that, she’d do this instead’.

If I follow that path (which I sort of know I’m going to) it’ll lead to even more work and planning/plotting. And it may mean more cuts, too. Sometimes it’s difficult to accept that you have to cut work that is perfectly good (“murder your darlings”) and it’s always daunting to know that there is a lot more work to do than you’d thought. But, as I keep telling my students, there are no shortcuts. Well, there are, but if you take them, it’ll show. So I need to resign myself to the fact that I still have a great deal of work to do, despite having thought a few weeks ago that I was ‘nearly there’. Oh such foolish optimism!

A quick look over my writing journal for the last two weeks reveals that I didn’t work at all on the novel for an entire week, although I was writing notes about possible ways forward. I don’t know about you, but when I’ve had a break, I find it terribly difficult to get back into it. It’s true that the last couple of weeks have been busy – I’m teaching again, which involves a lot of preparation, and I also have a few events coming up, so preparing for and publicising these has taken up time, but if I’m completely honest, that’s an excuse!

I find the hardest thing is to actually open up the document – it feels almost as though I’m afraid of it! But once I make myself start looking at the work I find I am gradually drawn back in. I usually go back to the point just before the troublesome bit and start editing/rewriting. That way, I’m drawn back in at just the right place.

So that’s what I did, but I’ve not made much progress – probably a few hundred words a day, if that. But I’ve done a great deal of thinking and making notes about possible ways forward. It’s not nice being stuck, but I don’t feel as horribly stuck as I have done in the past. I know there’s a way through, and it may be that I have to write two different scenarios to see which one can be made to work. Whatever happens, there’s a lot of work to be done here, and sitting around moaning about it isn’t going to help! How do you get back into your WIP after a break?

On a lighter note, one of the things that kept me away from the novel for a couple of days was an event at the Ilkley Fringe Festival. I was sharing the stage with fellow authors (left to right) Bill Allerton, Bryony Doran, Jenny Rodwell, Linda Lee Welch, Angela Robson, Ruth Valentine and Danuta Reah. 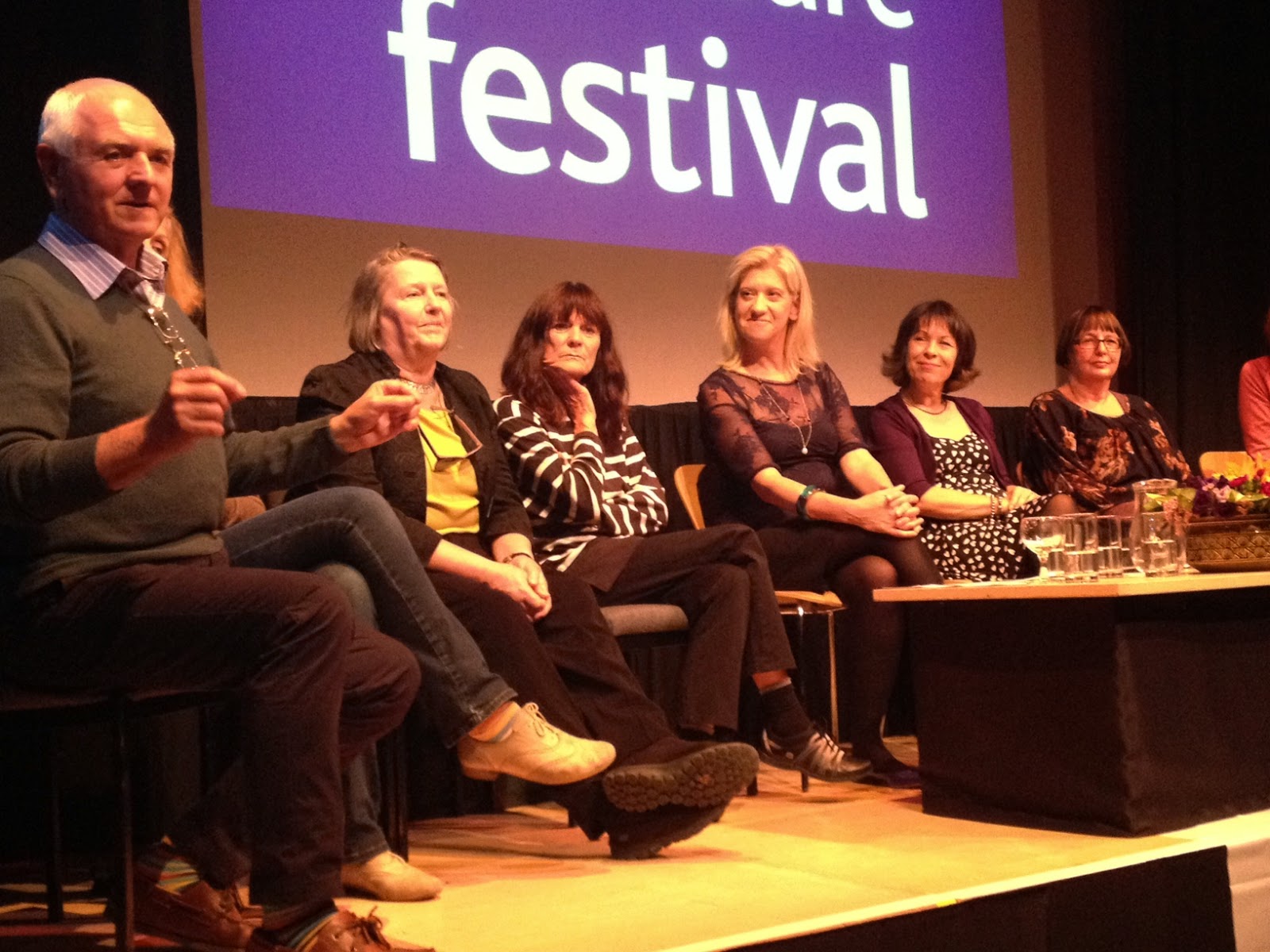 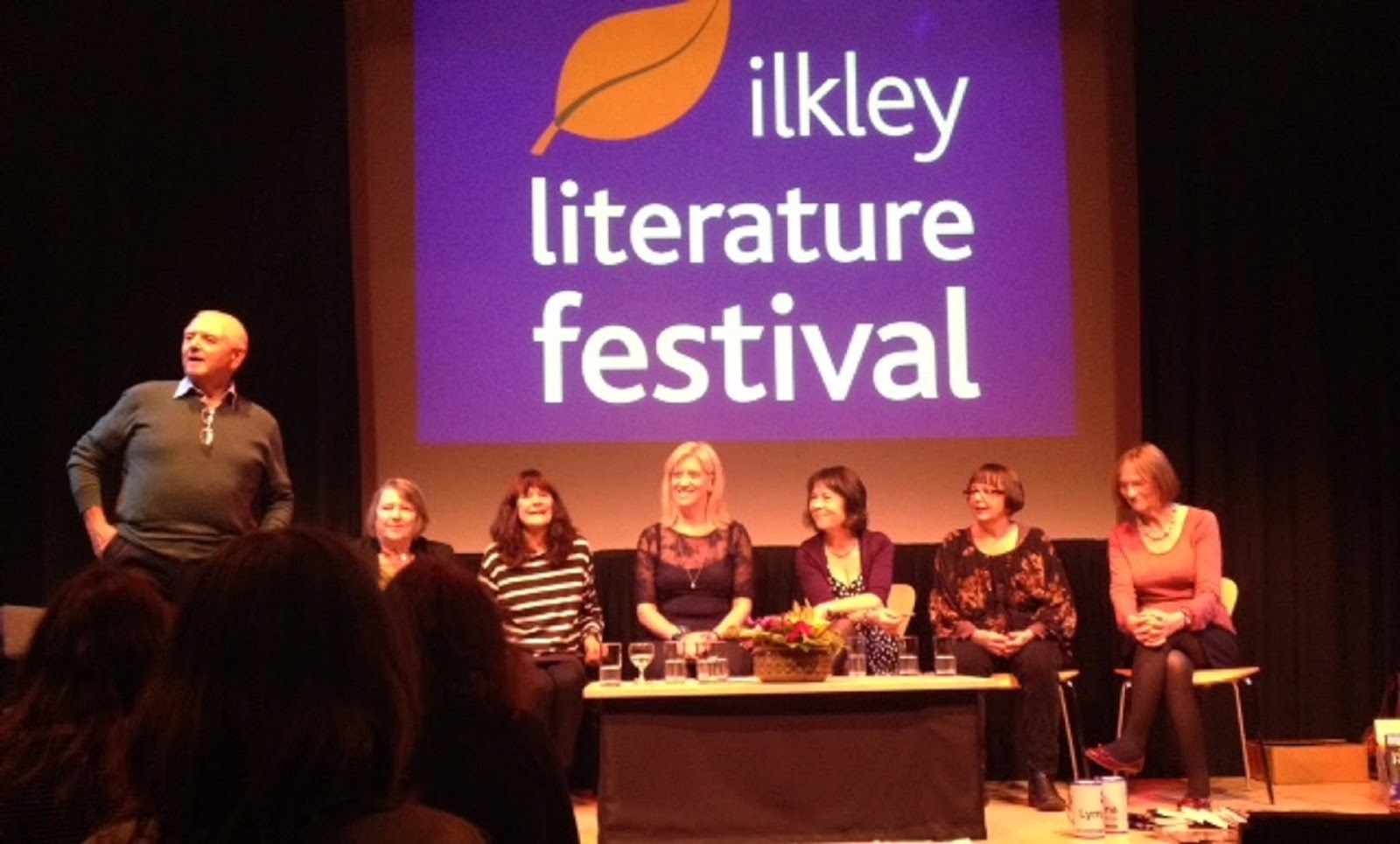 We were talking about our diverse experiences of getting into print, and it was fascinating to hear the other authors’ stories of their personal journeys to publication. Having already spent the afternoon at a book signing in WHSmith, we were keen to repair to the pub afterwards for a well-deserved glass of wine. It's always lovely to socialise with other authors and I came away from the weekend feeling I’d made new friends.

Next morning, we met for breakfast at Betty’s tea shop in Ilkley. Here you can see us holding advance copies of a short story anthology called Watch and Wait, published by Cybermousemedia in support of the Lymphoma Association. 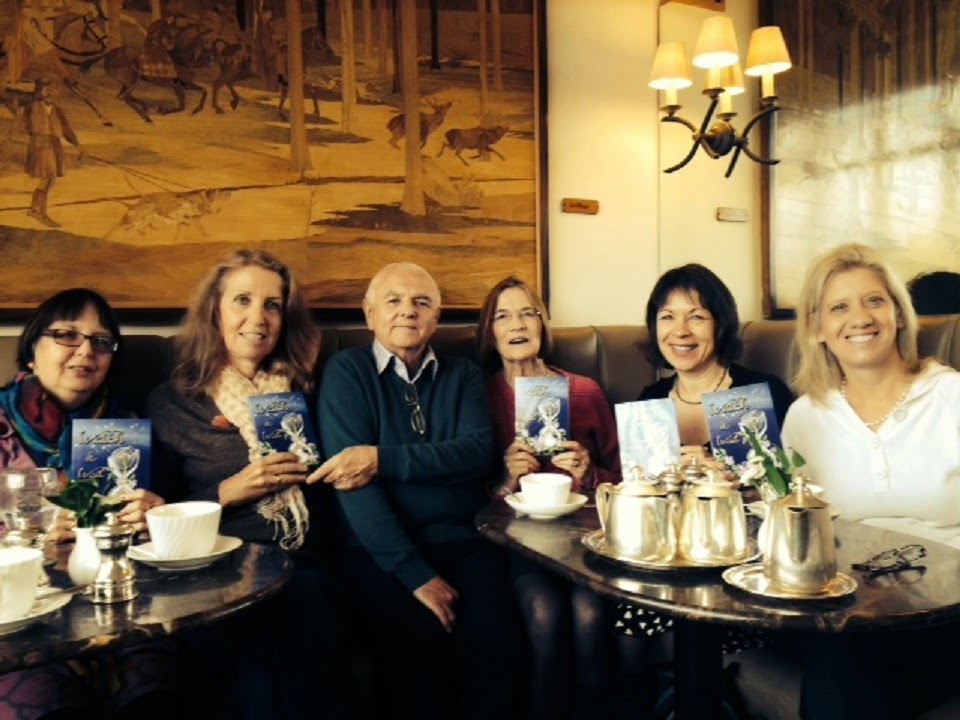 More about this in the next post, but I’d just like to mention the launch of the anthology, which is happening in Sheffield on 21st of October. Full details are on the news and events page of my website – it would be great if you could come along!

Last bit of news – I'm teaching a one day Creative Writing class in Sheffield on Saturday 11th October.It'll be inspiring, productive and brilliant fun! Full details on the workshops page of my website

New Amazon reviews:
The Secrets We Left Behind – one 5-star, one 4-Star
The Things We Never Said – two 5-star, two 4-Star