I was invited to take part in this fascinating blog tour by the wonderful, multi-talented Rosie Garland

What am I working on at the moment? 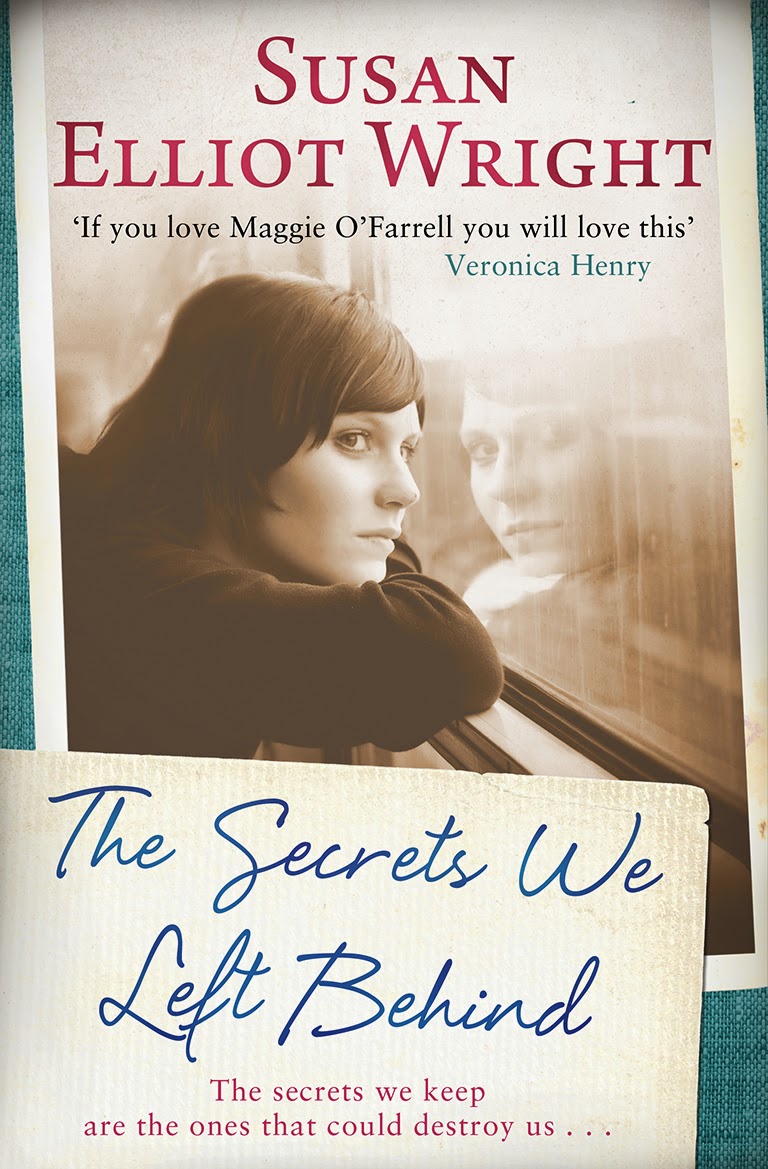 I’m currently working on my third novel, which is a terrible mess at the moment. There are scenes, character sketches, bits of dialogue, scraps of description – nothing really structured or coherent. I used to say that writing a novel is like trying to do a 10,000 piece jigsaw puzzle with no picture to help you, but I’ve decided that a better analogy is that it’s like a giant Rubik’s cube, because everything you do changes everything else. It’s also pretty difficult to concentrate at the moment because my second novel, The Secrets We Left Behind, is coming out in just a few weeks’ time on 8th May so I’m in alternating states of excited anticipation and nervous terror.

How does my work differ from others of that genre?

That’s a tough one to answer. I suppose I’m writing in that rather broad genre known as ‘women’s fiction’, and although it’s true my work is more likely to be read by women, I’ve had quite a few emails from men who’ve enjoyed my first novel.  I always hoped my writing would appeal to men as well as women, and the themes in my work are certainly not restricted to those that would only be of interest to women. My first novel addresses mental illness and ECT, fatherhood as well as motherhood, the nature/nurture debate, family relationships and other things. But then so do other books that come under the so-called ‘women’s fiction’ umbrella. Come to think of it, I’m not sure my work does differ that much from others of its genre! I think it’s a genre that’s rich and varied.

Why do I write what I do?

I’m obsessed with parenthood, nature/nurture and parent-and-child relationships. Having a baby is such a profound, life-changing event that even though I did it over 30 years ago, it still blows my mind to think that I produced two real, completely unique human beings. And of course I’m a daughter as well as a mother so I can look at it from that angle too. I’m fascinated by heredity, by our genetic make-up. My children are like me, yet not like me; like their dad, yet not like their dad. They have the same genes and they grew up in the same environment, so what is it that makes them so different from each other in so many ways? And as for my sister and me – same genes, same environment, and yet we too are very different. I tend to think that nature is extremely powerful, so the genetic (the ‘nature’) side of someone’s character may be able to push through the environmental (‘nurture’) side.  Maybe that’s why I write about weather, too – I’m in awe of the power of nature.

How does your writing process work?

My writing process is actually pretty chaotic. I really need to be more disciplined and I keep promising myself I’ll get organised – tomorrow! I tend to write in fits and starts. First, I decide very, very roughly what happens and to whom. Then I spend a lot of time making notes, often in the form of questions, e.g. “Maybe she could live in Nottingham?” “Maybe he’s a teacher?” “What if she decides not to have children?”  So when I have a clearer idea of the characters, I start to write a few scenes and see where they take me. If it’s going well, I write around 1000-1200 words a day. That usually lasts for a few days and then I grind to a halt because I’ve hit a problem. I find that problems can often be resolved by going for a walk or sleeping on it and allowing the subconscious to get to work. But sometimes it’s just that I’m not sure what’s going to happen next. I always advise my students to just keep writing when this happens, because the very act of writing will often show you the way. Unfortunately, I’m not good at taking my own advice, so sometimes days or weeks go by when I don’t write a thing. I sit at my desk every day, open the document, read what I’ve written, cry a little, then close it and go out. This may happen several times, but I find a way through eventually. For me, the most difficult and painful part of writing a novel is getting that first draft down. I know what the story is about before I start, but I don’t know everything that happens. Once I’ve got to the end of the first draft, I know the characters and I know what happens, so that’s when I go back to the beginning and write the thing properly – that’s the bit I love!

Penny is a writer and teacher- her psychological thrillers are based on things she's afraid might happen to her! She also writes short stories and articles. Penny's debut novel, Tideline, was a Richard and Judy read in 2012. Her second novel, The Darkening Hour, came out in 2013 and her third is due out later this year. Read more about Penny and her work here

Rebecca writes crime fiction set in the North East. Her first novel, Stolen, was released in May 2013 and won the Northern Crime Competition in 2012 as well as a Northern Writers' Award in 2010. Her second book, Gone, will be published by Hodder in January 2015. Read more about Rebecca and her work here

Posted by Susan Elliot Wright at 10:34