THE WRITING LIFE – the dual narrative

Shock horror, I've just realised it's over a month since my last post! This is probably because there hasn't been much progress since last time. Up until a few weeks ago, book 4 was going well - now I've hit a wall.

This novel, like the first three, is set partly in the past, and so I have to work out a way of finding my way into that story from the present. After thinking hard enough to make my eyes bleed and my brain explode, and even after chatting with my lovely editor, I still don't have an answer. the only reason I'm not physically tearing my hair out as we speak is that this is exactly how I felt with book three (What She Lost, due out in January) and I did eventually find a way through.

So, there's not much to say about the situation at the moment except that I'm horribly stuck and I'm hoping I'll become unstuck soon. I'm off on a writing retreat this weekend, so will be focusing entirely on the novel and trying not to spend the whole week gazing out of the window and chewing my pen. I'll let you know how it goes!

In the meantime, I thought you might like to see a pieceI wrote on the art of the dual narrative just after my first novel was published. I wrote this as a guest post on  Isabel Costello's blog, and had a great response from people who told me how helpful it was. I returned to it this week in the hope that it would help me find a way through my current impasse – it didn't!

But who knows, it might be useful to someone reading this blog, so here it is, exactly as it appeared on Isabel's blog in 2013: 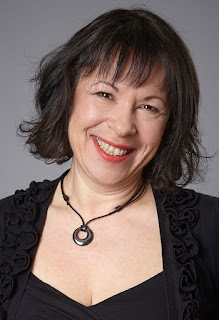 I’ve always enjoyed reading dual narratives, possibly because I’m greedy – it’s a way of feeling like you’re reading two books at once. So I knew when I started The Things We Never Saidthat I wanted to interweave two stories, gradually revealing the link between them.

Writers choose dual narratives for various reasons. You may want to present two sides of the same story, to show the same events from two characters’ viewpoints in order to make the reader question the accuracy of each, as in Gone Girl by Gillian Flynn. Or you may want to show the same character in a different time period, eg Great Expectations. Often, we use dual narratives to highlight perennial themes or to show parallels and differences across generations or cultures. A really great example is Amy Tan’s The Joy Luck Club, which is told as four dual narratives – the viewpoints of four Chinese mothers contrasted with those of their Chinese-American daughters.

My own decision to use a dual narrative was based primarily on my desire to show how events in the past can impact on the present, but also because I wanted to introduce some variety for the reader – as well as the two different voices, I wanted to show a different time and place. Initially, I wrote the novel in three parts – Maggie’s story, then Jonathan’s story, and then a short section tying things together. What I hadn’t realised was that although this is almost certainly the best way of writing the first draft – you need to know both stories in full before you can interweave them – it wasn’t a good way of presenting the finished novel. If your reader has spent the last hundred and fifty or so pages engaging with a particular set of characters, it’s then difficult for her to move seamlessly into the company of another set of characters without it feeling like a wrench. I’ve had this reading experience myself, and even when I’ve finally managed to engage with the new section, it’s often only after a sense of needing to persevere. Although I wanted my reader to be reluctant to leave each thread, I didn’t want her to feel disappointed at having to move to the other strand, and I certainly didn’t want it to feel like hard work to continue reading my novel! So I decided that the best approach would be to interweave the two narratives from the start. 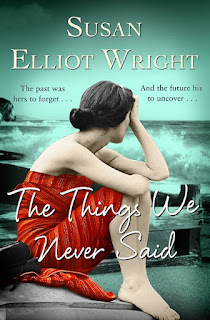 It was a daunting task, and at several points, as I sat on the floor of my study surrounded by pages of the novel, I felt it was an impossible one. But then the novelist Jane Rogers gave me some very good advice: ‘Don’t look for connections initially,’ she said. ‘Just look for clashes.’ So I did, and happily I didn’t find any, so although my first attempt weaving the stories together (a Maggie chapter then a Jonathan chapter and so on) didn’t work brilliantly, it didn’t not work, so I was able to feel more confident about trying again. That was the point at which I abandoned my original chapters and printed out scenes instead. I was then able to restructure the chapters and make them much shorter. This allowed me to make most of the connections I was beginning to notice. For example, after a chapter in 1963 ends with an emergency dash to hospital, I was able to start the next chapter with a similar emergency dash in the present day; although this one has a completely different outcome. There aren’t many such connections, but it’s extremely satisfying when it happens.

As well as similarities, you need differences, and changing the structure of your chapters in this way allows you to juxtapose lighter moments with darker ones so that your reader is able to experience a range of emotions.

It goes without saying that the voices in each narrative must be different and distinct. You can do this by making the characters speak in a completely different way, perhaps reflecting a different social or educational background, but this can be limiting, so you need other ways of showing difference. My novel has a male and a female protagonist and both narratives are third-person, so it’s immediately obvious whose story we’re hearing at any one time. I perhaps chose the easy(ish) option; but what if you have two 40-something female characters of similar background who appear in the same time period? This makes it even more important to really focus on your characters, on their emotions, on the way they think and feel, because these are the true differences between people who may appear similar on the surface. And after all, it’s the novelist’s job to get to the heart of his or her characters.

It’s worryingly easy to become confused when reading a novel that jumps from one narrative to another, so it’s really important to orientate the reader right at the start of each new chapter. Maggie O’Farrell’s first novel, After You’d Gone, jumps about all over the place in terms of who’s speaking and when; but she’s brilliant at establishing who, where and when at the beginning of each new section. I’ve re-read that book a couple of times just to observe how she does it!

The dual narrative can be tricky, but it’s definitely worth the effort. Here are my tips for making it work:

Posted by Susan Elliot Wright at 17:54