Been on holiday so posting rather later than usual. This is the last post that will include a daily look at my writing life, but the blog series has been so popular that I’ve decided to keep it going (although in a shorter form) right up until this novel is published – that’s assuming I don’t make a complete and utter cock-up of it, obviously! So for the foreseeable future, I’ll be posting every two weeks or so, and as we get nearer to final draft and publication, the posts will probably be less frequent.

I was going to include a summary of the 10 weeks in this post, but that would make it rather long, so I’m going to do that in a separate post in a few days’ time – look out for it!

Wednesday 27th August
All I’ve done on the novel today is make some notes because I’m suffering from severe lack of sleep which, ironically, it’s the novel’s fault! As you'll have seen from the last couple of posts, I’m at the point where I’m considering changing the linear structure to something a bit more interesting (and therefore more difficult). Went to bed thinking about this, slept for two hours then woke up with it all buzzing around in my head. Got up for an hour and read something else to take my mind off it, then went back and dozed for another hour, but that was my lot. Gave in and got up at 5am, made lots of notes, because another possibility has occurred to me, although after making the notes, I don’t think that will work. So although it doesn’t feel like I’ve achieved anything (too tired to do anything involving brain work for the rest of the day) the idea was something I had to explore and I had to go to the process of thinking it through on paper in order to discover the pitfalls and rule it out. Time spent: two hours.

Thursday 28th August
Wrote for an hour first thing, trying out another possible angle. Don’t know about it yet – will read later and think about it. Off on holiday for a week tomorrow, so spent most of the day doing laundry and packing for the week, and doing an online shop to be delivered to where we’re staying. What clothes to pack? If the weather here in the last few days have been anything to go by, I'll need thick jumpers and wellie boots. Still hoping for an Indian summer. Time spent on novel: one hour

Friday 29th August
Long drive to Scarborough, but worth it. Cottage is gorgeous – tastefully decorated and more spacious than our house! Had a lovely walk along the cliff top under dark, brooding clouds with the constant hum of wind coming in off the North Sea, and the haunting cry of seagulls swirling just above us. Lovely. Time spent on novel: 0 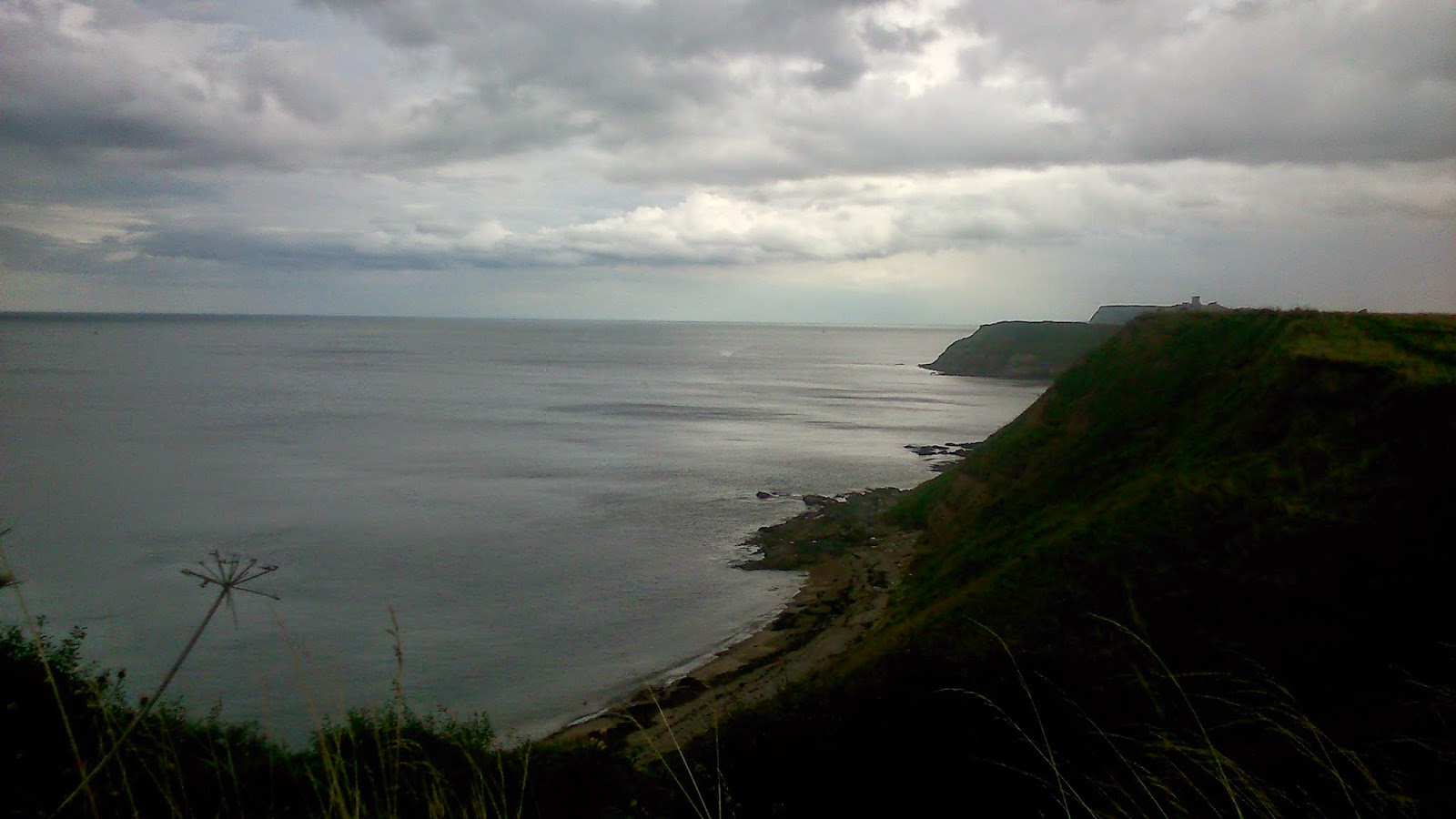 Saturday 30th August
Started another scene this morning, writing by hand because the scene started to evolve by accident while doing my 'morning pages'. I don't do morning pages every day, but I'm always planning to. Writers who do this on a daily basis seem to find it very useful, as do I when I make the effort, so I really should do it more often. I find it much easier while on holiday, though, because I feel that any writing I do this week is a bonus, whereas at home I feel guilty for writing anything that isn't the novel. Stupid, because I know just spending 20 or 30 minutes a day 'warming up' could really improve my main work. I'm keen to hear others' views on warming up/morning pages – is this something you do regularly? Occasionally? How does it affect your writing? Time spent: two hours
Sunday 31st August
Feeling stuck again in terms of structure. When I look at the overall story, there are big gaps in time when nothing particularly interesting happens. The best way to get over that would normally be to start the story perhaps two thirds of the way through, and then flash back to the episodes that are relevant. But the point at which it would be logical to start doesn’t have enough tension, and I’m not sure my reader, not having seen the buildup to where the characters are now, would know them well enough to stick with them. Spent the morning scan-reading through again to see if any new ideas leap out at me. Already found another chapter that I suspect is a bit of a filler. It may need to go. I seem to be cutting as much as I’m writing at the moment! Time spent: 2.5 hours

Monday 1st September
Rainy day – good for writing! Having failed to come up with anything remotely clever in terms of structure,I've realised I need something in place just to help me move on, so I decided to try dividing the narrative up into a rough five-part structure. Having done this, I then made a list of things to do in order to make that work. The list includes writing new scenes, rewriting parts of existing scenes, and writing linking bits to explain time jumps. A paragraph of summary is often better than a whole chapter if the only purpose of that chapter is to  move you over a period of time. I realise I have two such chapters, and I'm afraid they've got to go, so today I cut another 3500 words. Started rewriting a scene that takes place a few years later with the aim of trying to give readers the information they need without boring the pants off them. Time spent: three hours

Tuesday 2nd September
Wrote a new scene 1200 words, and started rewriting an old scene. It’s now lunchtime and I’ve been working most of the morning, so feeling that I’ve achieved at least something, I’m going to knock off for the day and be properly ‘on holiday’. Especially as the sun has come out. Glass of wine, Lisa Jewell's The Third Wife on my Kindle (wonderful!) Sorted! Time spent on novel: two hours 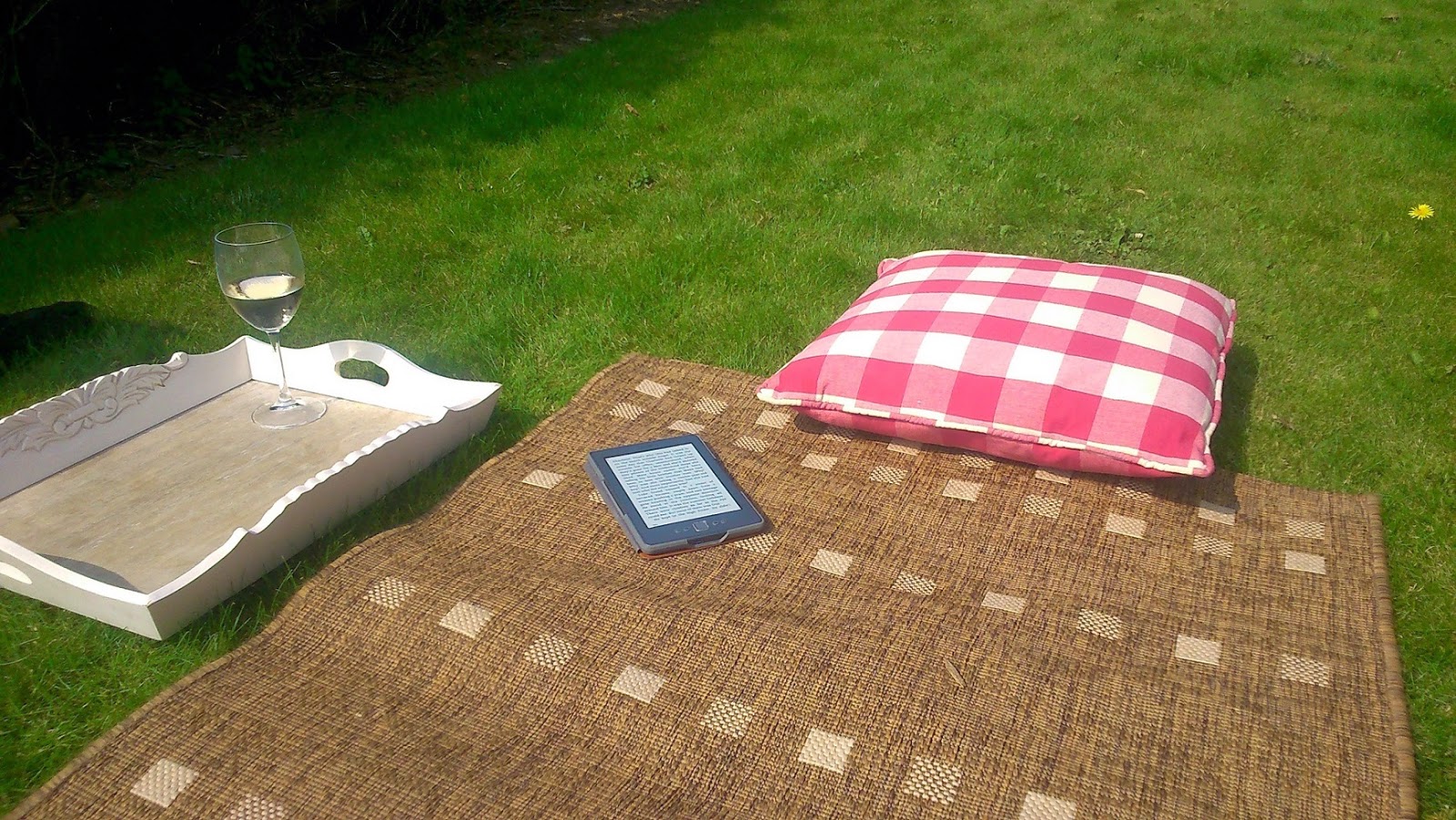 Overall
Given that a good chunk of this week has been taken up with getting ready for, driving to and being on holiday, I'm fairly happy with having spent at least twelve and a half hours on the novel. I've done quite a bit of rewriting and editing, and lots of thinking! I've probably written about 2000 new words, but I've also cut 3500, which is why I'm focusing on clocking up hours rather than words at this stage.

Horrible things this week
I know – this is a new one, a one-off, I hope. Horrible review for The Secrets We Left Behind, basically accusing me of ripping off the plot from another novel! I've read that novel and there definitely are similarities, but massive differences, too – apart from anything else, it's a crime/psychological thriller! Wasted a lot of time searching back through my computer files to find Word documents dated 2009 (other novel published 2011) showing that my plot idea was already in place. Resisted the temptation to respond to the reviewer.

Nice things this week
Being on holiday near the sea, obviously! But in writing terms, a couple of days after the review mentioned above, I had a really lovely one which cheered me up enormously. I don't usually quote my reviews, but can't resist this time: "It's a novel I will re-read and savour. Susan Elliot Wright's storytelling and empathy for her characters is second to none. Her prose style is almost perfect. She has become one of my all-time favourite authors and I can't wait for her next book." Isn't that lovely? Absolutely made my day. I know some authors don't read their reviews, but when you get one like this it gives you such an enormous boost. Thank you, lovely reviewer!

New Amazon reviews
The Secrets We Left Behind: Four new ones: two 5-star, one 1-star and one 2-star
The Things We Never Said: Two new ones, both 5-star

Coming soon
Look out for my next post in a few days time, summarising the ups and downs of the last 10 weeks. The next post will be in a couple of weeks from now, and will give an overview of progress. Ooh, And if you're in or near Wakefield on 20th September, come along and see me at the Orangery. Details on my News and events page

Posted by Susan Elliot Wright at 12:59